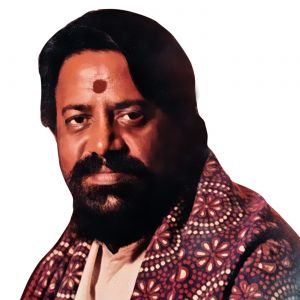 Time was when Hari Om Sharan’s was a name to conjure with in the world of devotional music. But then in an age when yesterday’s celebrities become today’s non-entities and totally forgotten tomorrow, the veteran was, one believed, also a singer of the past.

Those of us who have savoured his bhaktisangeet and returned to our homes with ennobled hearts, will about 15 years ago, heard him, once again, with renewed delight. Hari-Om Sharan appeared on the concert platform at a special programme sponsored by the Ramakrishna Mission in Bombay on May 7. His bhaktisangeet recital was organised as part of the public celebration of the birth anniversary of Sri Ramakrishna, Sri Sarada Devi and Swami Vivekananda.

The venue was the Vivekananda Hall in the holy precincts of the Ramakrishna Math at Khar, in North Bombay. It was a packed audience that mustered to listen to him. So much so, that the sponsors, sensing a large turnout, provided for chairs in the garden around the auditorium. An efficient sound system, with loud speakers, was also installed in the garden to facilitate proper listening for the benefit of devout votaries who could not be accommodated in the auditorium.

And as we kept listening to the veteran’s soulful music in the stillness of the evening hours on that day, we were left in no doubt that the veteran had staged a triumphant come-back. The turnout also proved, beyond doubt, that he is still a force to reckon with even amid the din and fury of what passes for popular bhakti sangeet today which, ironically, gets drowned in the cacophony of a multitude of queer-sounding instruments.

The appeal of bhakti sangeet (like other varieties of popular music) rests on the poetic content – in its clear diction and its delicate phrasing. Song, here is the vehicle of devout feeling and music is wedded to song. The style of singing, therefore, has to be tempered and informed by deep feeling and fervor.

Hari-Om Sharan has always stood above most other exponents of the present-day devotional music. Indeed, one would have to listen to believe that he still retains the impassioned expressiveness – that he can have his audience under his spell while he sings in pin-drop silence around.

About 15 devotional songs, some of them raga-based and some folk-based, and set to a variety of taals, comprised the evening fare. He began with brief customary invocations to the Guru, the goddess Durga and songs in praise of Lord Rama and Lord Ganesha. In between was also a Hindi version of the Sanskrit original, “Tvameva Mata Cha Pita Tvameva”. He then proceeded to reel off, in easy succession, a line-up of Hindi bhajans. Whatever he sang came to us as the very essence of pure, sublime and elevating music.

Only two of these bhajans could be identified as those of Mirabai and Kabirdas. The authorship of the remaining ones could not be identified. These were possibly Hari-Om Sharan’s own – the singer is himself known to be a sensitive poet, too. Perhaps, to the manner born, he chose to invest them with anonymity.

Be that as it may, these were devotionals to the core, and rendered with a total sense of involvement. Which is why the recital as a whole made a lasting impact.

As always, Hari-Om Sharan was selective in his choice of instrumental accompaniment – the kind of ensemble designed to accentuate the mood of devotional music. It comprised the cymbals, the swaramandal, the violin, the tabla and the harmonium. The names of the various accompanists could not be known. But they all deserve an unstinted need of praise for the manner in which they handled their respective instruments in complete concord with the musical and devotional content of the songs.

Hari Om-Sharan has always stood above most other exponents of the present-day devotional music. He still retains the impassioned expressiveness and can have the audience under his spell while he sings.